Rozsah: 744 slov
Počet zobrazení: 6 417
Tlačení: 497
Uložení: 549
Praktické!
It's an official name is the Commonwealth of Australia towards the end of 19 century the people desired the federation that resulted in the formation of a new BRITISH DOMINION known as the COMMONWEALTH OF AUSTRALIA in 1901, which belongs to the BRITISH COMMONWEALTH of nations.
It is a federal state with a Governor General at its head who is a deputy to the British Queen. But the actual head of the executive is Australian Prime minister.

Australia is an insular continent. Australia lies on the Southeast course from Asia. It covers an area of about 7 700 000 sq. kilometres. Its population is only of 18 million. Australia is an as large as continental USA, but large territories are difficult to live in: there are little rain and some areas are completely dry. Most people live on the south-east coast.

Canberra is the capital with a population 300 000. Other meaningful cities are Sydney, Melbourne, Brisbane and Perth.
The whole territory of Australia is divided into five states and two continental and some insular territories.

The Eastern Shore of Australia is scoured by the Indian Ocean and the west shore by the by the Pacific. This continent is the least mountains and the driest in the whole word. The deserts cover one third of the surface of Australia. The climate at various places is different and it changes according to the altitude. The coldest weather is in the mountains, in the south-east and in Tasmania. It regularly snows at these places. The whether in the North is hot because it is near to equator. The warmest period of the year is in January and February. In the central and in the western part of Australia there are long periods of dry weather. Sometimes there are floods and typhoons on the north-west and east coats.

The longest river is the Murray-Darling (=tributary). Its lengthy is 3780 kilometres the most rivers are small that dry up because there is not enough rain.

The highest mountain is Mount Kasciusco. Its height is 2230m. It lies in the Australia Alps (in the East). The lowest point is Lake Eyre (-16m).
The typical trees are eucalyptus trees and thornbushes. Also typical are varied birds and many kinds of poisonous reptiles and spiders. There are no beast of prey there.

Agriculture is also very important. Wheat, barley and suggar-cane are the most important products. We can find there various kinds of fruit, vegetable, vine, tobacco, cotton, rice and leguminous plants.

More important that plants is animal production. About one third of the continent is reserved for sheep breeding. In Australia is the biggest number of sheep and biggest production of wool in the world. There are also large forests there. In Australia are found deposits of iron, bauxite, lead, zinc, gold, silver, gas, uranium etc.

Australia is a very important exporter of raw materials. The biggest industrial centres are in Sydney and Melbourne that lie in the New South Wales. New South Wales is the principal producer of minerals.

THE PEOPLE
The majority of Australia are of European origin (especially of British origin). About 1,5 percent of all people living there are the aboriginal inhabitants. The majority of the people live in the cities on the coast.

Obligatory school attendance is to up the age of 15 (in Tasmania up to 16). The basic and secondary schools are free of charge.
The official language is English and the unit of currency is one Australia dollar ($A). The religion is mostly Christianity.

THE HISTORY OF COLONISATION
The first immigrants were the Australian black people who came there from south-east Asia 40 000 years ago. In March 1606 the first European - a Spanish captain came there, followed then by Dutch navigators.
In 1770 the British seafarer James Cook began to explore the continent but actual colonisation started 18 years later when a fleet of ships brought the first settlers and convicts from Europe. The first colony was called New South Wales. It was a penal colony first. Gold was discovered there in 1851-1852. This brought about another influx of immigrants. 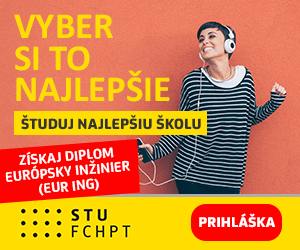 The Seasons of the Year

The school I will remember for ever

The world around us