Rozsah: 1 032 slov
Počet zobrazení: 3 877
Tlačení: 438
Uložení: 501
Praktické!
How everybody knows, the UK consinsts of islands, and these islands have been a little bit isolated from the continental Europe. So sometimes British literature as well as the whole British culture differed from the European one. On the other hand there have almost always been some connections between Britain and e. g. France, so British culture was influenced by the continental one and vice- versa. In the UK, as anywhere, was literature influenced by political situation, or by some wars and so on... Very important is ruler. During reign of some kings or queens literature and the whole culture flourished. On the other hand some rulers didn’t support literature and sometimes, some types of creation were even forbidden.

The oldest British literary monuments come from the Middle Ages. The oldest one is the legend about Beowulf. Beowulf was a hero, in 3 stories he fights with creatures and monsters. It’s been derived from a Germanic legends and it’s been influenced also by christianity. It’s interesting that this legend has been the first European work, which hasn’t been written in Latin. Its author is unknown. Some others from the middle ages are e.g. Cynewulf or Caedmon.
Important person of the 14th century was John Wycliffe. He was the first man in history, who criticized Roman Catholic Churche. He ( together with his students) translated the whole Bible into English. He influenced Master Jan Hus and his teaching.

Another important author f the 14th century is Geoffrey Chaucer. He belongs to the Middle ages as well as to the beginning of the Renaissance. He was succesful man and the greatest writer of that period. Top of his creation are Canterbury Tales. It’s about pilgrims travelling to Canterbury. Each of them tells some stories. They come from different social levels and we learn a lot about English society of the 14th century (from their stories).

The 15th century is in Britain (as well as in other countries) the beginning of the Renaissance. It’s connected with many changes in literature as well as in society. Printing was introduced, religion and teology wasn’t so important, man thinking, nature and man’s beauty were main topics of books. Renaissance is return to Antic and its ideas. Culture flourished especially during the reign of Elizabeth I. In those times authors had enough money for writing, which were given by variety of sponsors (patrons ). During the Elizabethan Age Wiliam Shakespeare started his creation.

Wiliam Shakespeare is considered to be the greatest play- wright in the UK and may be all over the world. He lived in the 16th and 17th centuries. He was burn at Stratford upon Avon. His father was a glower. Wiliam married Anne Hathaway, she was older than he, they had three children. But his son Hamnet died at youth and this fact ( of course) influenced Wiliam’s mind. Wliam studied grammar school but he never went to university. This was reason for some his jealosy coleagues to ignore him. In 1592 he left to London. There he worked as an actor, and he re- writed some older plays. Later he started to write his own plays. He was member of group of actors called The Lord Chamberlain’s Men. He was very popular. Elizabeth I. as well as James I. liked him very much. The Lord Chamberlain’s Men turned to the King’s Men. His greatest period is connected with The Globe theatre, where he acted. Later he returned to Stratford, where he died and where he is burried.

Shakespeare wrote poems, sonnets and plays. I think the plays are the best known and maybe (also) the most important. We can divide them into 3 groups- comedies, history plays, and in later period tragedies.

Well- known comedies are Much Ado about Nothing, The Taming of the Shrew, The Comedy of Errors, As You Like It or The Merchant of Venice.
Shakespeare’s history plays were mainly about famous English kings or about some antic heroes: Richard (II. + III.), Julius Ceasar...

Tragedies are considered to be the best of his work. They’re mainly about tragedy and suffering of people. To the most famous belong: Romeo and Juliet, Macbeth, Hamlet („To be, or not to be“- that’s the question), King Lear or Othello.
After Renaissance came period called the Baroque- it was mainly in the 17th century God and teological problems became again topics for literature as well as for philosophy. The most imprtant author is John Milton. He criticized bad kings and rulers. In his work Paradise Lost, Milton describes God as bad ruler and Satan as supporter of freedom.

The 18th century is period of liberality and beginning of Romanticism. Literature became quite popular among people. Novels started to be written. It’s alll connected with development of society and economics in that time. I’d like to mention at least Jonathan Swift and his Gulliver’s Travels, where Gulliver travels through different countries. Swift symbolically criticizes politics in England kingdoms, because of corruption there. Another well. known writer was Daniel Defoe. His most famous work is Roninson Crusoe. This book isn’t only about a ship- wrecked sailer on an island, it’s mainly about man’s qualities and characters.

Romanticism is an great era of English literature. It flourished mainly at the beginning of the 19th century. It was influenced by disappointing of people after many revolutions and Napoleonic wars in Europe. Mainly novels were written in that time. A type of novel called historical novel was developed by Sir Walter Scott. He described period of knights of Middle Ages e.g. Ivanhoe (about king Richard the Lion- Heart). Another important author was George Byron, his main work is poem Childe Harold’s Pilgrimage, where he describes cruelity of Europe and unfairnest in life. Percy Bysshe Shelley was great romantic poets, his greatest work is Prometheus Unbond.
Well- known are the „lake- poets“, whose creation is connected with the Lake District. They’re e.g. Wiliam Wordsworth or Samuel Coleridge.

Diskusia: The UK - British literatures up to the beginning of the 19th century 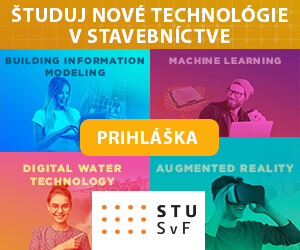 Young People and Their World

Food - Food as a topic, Drinking

British and American holidays and festivals

Customs and traditions in the Czech Republic

Character in the book - Description