Australia is the Earth’s smallest continent, situated in the Southern Hemisphere between the Pacific and Indian oceans. Australia is the only country occupying a whole continent. It’s an island continent. It’s the sixth largest country in the world after Russia, Canada, China, the USA and Brazil.
The capital city of Australia is Camberra. Official name is Commonwealth of Australia. Nickname is Down Untern or OZ. Official head is Queen Elisabeth. Australia is a part of British Commonwealth. The queen is represented by general Government. In Australia there live about 15 million people. They like emigrants. Majority of people live along the southeast coast, because there are the most suitable conditions for living. Official currency is Australian dollar. Official language here is English. Australia is very attractive for tourists.

HISTORY
Australia is one of the oldest lands on earth, originally breaking away from super continent Gondwana. The first immigrants were the Australian black people - Aborigines - who came here from Southeast Asia 40 000 years ago.
In 1606 the first European - a Spanish captain - came here followed by Dutch navigators. They established New Netherlands. In 1770 the east coast was sighted by Captain James Cook of the British Royal Navy. On the ship there were several scientists and botanists. The first colony was penal colony. Next colony called New South Wales. Gold was discovered here. The immigrants came here and settled this area. Australia is divided into 6 states and 3 territories. The first territory is Capital territory; the second territory is Northern territory and the Jervis Bay territory.

GEOGRAPHY
Australia occupies one of the oldest landmasses and the flattest of all continents. Te most fertile places on Australia are lowlands. There are a lot of farms, where are planted corn, wheat, subtropical fruits like pineapples. There are also many herds of sheep. The fertile coastal strip hides a dry and inhospitable centre, the Outback. This endless land is broken by salt lakes, stark beautiful mountains and the mysterious rock formations.
The highest point is Mont Kosciusko ( 2228 m ). It’s in the Australian Alps between New South Wales and Victoria. There are just 2 important rivers in Australia - the Darwing and the Morein. Many smaller rivers are getting dry during the summer. The Great Barrier Reef is the longest complex of coral systems in the world where live a lot of kind of animals. The biggest cities are: Sydney and Melbourne.

CLIMATE
Australia’s seasons are the opposite of the northern hemisphere. Summer starts in December, autumn in March, winter in June and spring in September.

ENVIRONMENT
Australia has more than 2000 national park and nature reserves, protected wilderness areas of natural and environmental importance that range from desert landscape to high mountains to coastal dunes and rainforests. There are still areas of Australia that haven’t been explored, being so wild and inaccessible.

FLORA UND FAUNA
We can see here jumping kangaroo or running emu. Also varied birds, poisonous reptiles and spiders, koala, Dingo and Kookaburra are typical for this continent. Here was created sanctuary of animals and plants. Australia has more than 200 National parks and nature reserves. Some areas of Australia haven’t been explored yet. Agriculture is also very important. Here are plants of barley, wheat, fruit, vegetable, vine, rice and cotton. We can find on this area also eucalyptus which is eaten by koala. In Australia are resources of iron, bauxite, lead, gold, silver etc. Australia exports raw materials.

SOUTH AUSTRALIA - its capital Adelaide
This part is dry and desert country. Most of its part is without people.
The majority is production of wine.

QUEENSLAND - its capital Brisbane
This part is characterized by 2 climate zones - tropical and
subtropical and by the Great Barrier Reef ( corals ).

NEW SOUTH WALES - its capital Sydney
There are many fires every year. We can find here the Blue Mountains
and Three Sisters which is rock formations.

VIKTORIA - its capital Melbourne
It’s the smallest inland state and is called the garden state. We can
see penguins or seals here. You can practice a lot of water sports.

TASMANIA - its capital Hobart
It’s island and Hobart is the second oldest city in Australia. There
are organized yacht races from Sydney to Hobart.

NEW ZEALAND
New Zealand is an insular state in the south-western part of the Pacific. Its population is about 3,5 million. About 90% of the inhabitants are of
European origin. New Zealand consists of two islands: North Island and the South Island. The capital is Wellington, which lies on the North Island.
The biggest city is Auckland situated in the North.

The surface of the whole island is covered with mountains. The climate is mild periods of rain. The summers are warm with long sunshine and the winters are mild especially in the North Island. New Zealanders share a passion for sports and the great outdoors. They love going to the beach, swimming with dolphins and whale watching in the Pacific Ocean. Many New Zealanders spend time sailing and windsurfing in coastal areas and island lakes. 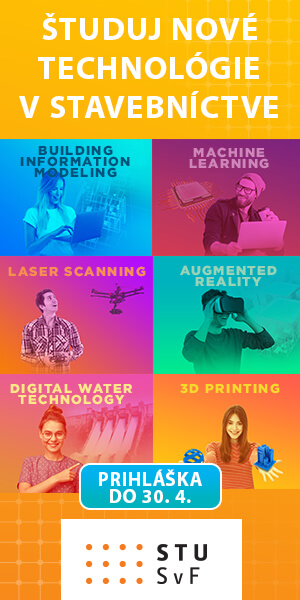 Informal letter to a friend

Jobs and Employment, and my plans for the future Essay

The young and their world – sloh