The book - a person´s friend

Major Characters
Dorian Gray – A radiantly handsome impressionable, and wealthy young gentleman whose portrait the artist Basil Hallward paints. When Dorian realizes that his youth and beauty are ever waning he curses his portrait because it will remind him of what he will have lost. In this vulnerability and insecurity in these moments make him excellent clay for Lord Henry´s willing hands. Dorian becomes extremely concerned to pursue his own pleasure above all else. He devotes himself to having as many experiences as possible, whether moral or immoral, elegant or sordid.

Lord Henry Wotton – A nobleman and a close friend of Basil Hallward. He is perpetually armed and ready with well-phrased epigrams criticizing the moralism and hypocrisy of Victorian society. He finds all of sociery´s conventions from fidelity in marriage to charity toward the poor to be hypocritical covers for people´s selfish motives. His pleasure-seeking philosophy of “new Hedonism” plays a vital role in Dorian´s development. Lord Henry has little notion of the practical effects of his philosophy.

Basil Hallward – An artist, and a friend of Lord Henry. Basil becomes obsessed with Dorian after meeting him at a party. His love for Dorian Gray, which seems to reflect Oscar Wilde´s own affection for his young lover, Lord Alfred Douglas, changes the way he sees art. He claims that Dorian possesses a beauty so rare that it has helped him realize a new kind of art. Dorian also helps Basil realize his artistic potential, as the portrait of Dorian that Basil paints proves to be his masterpiece. Basil seeks to protect Dorian, voicing his objection to Lord Henry´s injurious influence over Dorian and defending Dorian even after their relationship has clearly dissolved. Basil´s commitment to Dorian, which ultimately proves fatal, reveals the genuineness of his love for his favorite subject and his concern for the safety and salvation of Dorian´s soul.

When the novel opens, the artist is completing his first portrait of Dorian as he truly is, but, as he admits to his friend Lord Henry Wotton, the painting disappoints him because it reveals too much of his feeling for his subject. Lord Henry, a famous wit who enjoys scandalizing his friends by celebrating youth, beauty, and the selfish pursuit of pleasure, disagrees, claiming that the portrait is Basil´s masterpiece. Dorian arrives at the studio, and Basil reluctantly introduces him to Lord Henry, who he fears will have a damaging influence on the impressionable, young Dorian.

Basil´s fears are well founded; before the end of their first conversation, Lord Henry upsets Dorian with a speech about the transient nature of beauty and youth. Worried that these, his most impressive characteristics, are fading day by day, Dorian curses his portrait, which he believes will one day remind him of the beauty he will have lost. In a fit of distress, he pledges his soul if only the painting could bear the burden of age and infamy, allowing him to stay forever young. In an attempt to appease Dorian, Basil gives him the portrait.

Over the next few weeks, Lord Henry´s influence over Dorian grows stronger. The youth becomes a disciple of the “new Hedonism” and proposes to live a life dedicated to the pursuit of pleasure. He falls in love with Sibyl Vane, a young actress who performs in a theater in London´s slums. He adores her acting; she, in turn, refers to him as “Prince Charming” and refuses to heed the warnings of her brother, James Vane, that Dorian is no good for her. Overcome by her emotions for Dorian, Sibyl decides that she can no longer act, wondering how she can pretend to love on the stage now that she has experienced the real thing. Dorian, who loves Sibyl because of her ability to act and thinks that without art she is nothing, cruelly breaks his engagement with her. After doing so, he returns home to notice that his face in Basil´s portrait of him has changed: it now sneers. Frightened that his wish for his likeness in the painting to bear the ill effects of his behaviour has come true and that his sins will be recorded on the canvas, he resolves to make amends with Sibyl the next day. The following afternoon, however, Lord Henry brings news that Sibyl has commited suicide. At Lord Henry´s urging, Dorian decides to consider her death a sort of artistic triumph – she personified tragedy – and to put the matter behind him. Meanwhile, Dorian hides his portrait in a remote upper room of his house, where no one other than he can watch its transformation.

Lord Henry gives Dorian a book that describes the wicked exploits of a nineteenth-century Frenchman; it becomes Dorian´s bible as he sinks ever deeper into a life of sin and corruption. As outcome Dorian places no limit on his search for pleasure. He ruins people´s lives without qualm. He lives a life devoted to getting new experiences and sensations with no regard for conventional standards of morality or the consequences of his actions. His portrait shows the ugliness of his sins, but his own body doesn´t. His attempts to reform fail. Eighteen years pass. Dorian´s reputation suffers in circles of polite London society, where rumours spread regarding his scandalous exploits. His peers nevertheless continue to accept him because he remains young and beautiful. The figure in the painting, however, grows increasingly ugly and hideous. On a dark, foggy night, Basil Hallward arrives at Dorian´s home to confront him about the rumours that plague his reputation. The two argue, and Dorian eventually offers Basil a look at his (Dorian´s) soul. He shows Basil the now-hideous portrait, and Hallward, horrified, begs him to repent. Dorian claims it is too late for penance and kills Basil in a fit of rage.

In order to dispose of the body, Dorian employs the help of an estranged friend, a doctor, whom he blackmails. The night after the murder, Dorian makes his way to an opium den, where he encounters James Vane, who attempts to avenge Sybil´s death. Dorian escapes to his country estate. While entertaining guests, he notices James Vane peering in through a window, and he becomes wracked by fear and guilt. When a hunting party accidentally shoots and kills Vane, Dorian feels safe again. He resolves to amend his life but cannot muster the courage to confess his crimes, and the painting now reveals his supposed desire to repent for what it is – hypocrisy. In a fury, Dorian picks up the knife he used to stab Basil Hallward and attempts to destroy the painting. There is a crash, and his servants enter to find the portrait, unharmed, showing Dorian Gray as a beautiful young man. On the floor lies the body of their master – an old man, horribly wrinkled and disfigured, with a knife plunged into his heart.

Diskusia: The book - a person´s friend 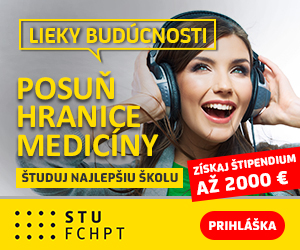 Slovakia is my homeland