Rozsah: 578 slov
Počet zobrazení: 3 050
Tlačení: 440
Uložení: 493
Praktické!
Joseph Heller is famous post-war American writer, author of successful novel Catch-22.
He was born on 1st May 1923 in Brooklyn, he comes from Jewish- American family but, as he often proclaims, he does not live as a Jew. During the second World War, he served as a pilot in Air Force.
In years 1948 – 1949 he studied at Colombian University in New York and then at Oxford in Britain. Till 1975 worked as professor of literature at City College in New York. Since 1975 he has attended only to literature and writing.

In 1953 he started writing his first novel inspired by war experience. Published eight years later, his Catch-22 (1961) became a literary sensation. It is still considered the best anti-war novel dealing with the second World War. It is written in a burlesque style of comic strips, mosaic or say in film technique. The central anti-hero is Yossarian, an American pilot in a bombing unit during the second World War. He tries obsessively all possible ways to avoid action and to save his life, but in vain. At the end of the novel, he deserts. The novel shows, with “black humour” and irony, the absurdity of war. It is represented by an Air Force rule, called Catch 22, saying that: ”a concern for one’s own safety in the face of dangers that were real and immediate was the process of a rational mind”. In other words, anyone who wants to get combat missions (air attacks) is not really crazy and thus cannot leave the army service. The only characters who escape destruction in Cath-22 are those ones who mastered the laws of absurdity e.g. Milo, the boss of catering service, who constantly tries to profit the war regardless of the consequences. Heller’s novel is aimed against both civilian bureaucracies and inhuman military organisations. The novel was successfully filmed in 1970.

Heller’s only play, We Bombed in New Haven (1967), is also reminiscence of World War II. Thirteen years after Catch-22, Heller published his next novel, Something Happened (1974), dealing with a crisis in an American middle-class family in the 1960s. The central character is Bob Slocum, an ordinary corporation clerk, insensitive to all the people around, who is suffering from an uncertain feeling that something in his life and in society is not in order. Good as Gold (1979) is a funny satire on American politics. The main character is a Jewish intellectual, trying to hide his Jewish background, hired to work for the U.S. government (it is about Henry Kissinger). In the next novel, God Knowns (1984), Heller rewrites the story of the Biblical king David (from the Old Testament). He demythologises the well known legend using grotesque details. His king David is an old bitter man who is remembering his past deeds without respect or administration. This story also shows the vanity of secural power and glory. Picture This (1988) is an experimental historical novel.

In the 1980s, Heller suffered from a serious illness, Guillain and Barré syndrome, and he became paralysed. After partially recovering he wrote, together with his friend Speed Vogel, an autobiographical prose No Laughing Matter (1989) describing his experience with the illness. In the 1990s, Heller wrote a sequel to Catch-22, called Closing Time (1994). It tells the history of Yossarian and other characters of his first novel fifty years after the end of the war. 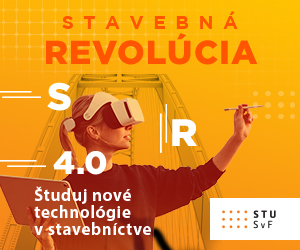