First of all , I´d like to say something about (generaly) capitals. There are young capitals , which were  built especially for serving as capital( Washington) , another young cities  get title because of some political or cultural changes. Some cities sometimes become capitals not due to their importance , „but because people aren´t able to choose another one(F.e. in Australia - Sydney as well  as Melbourne have been so imporatnt and large , that Canberra  has become the capital).But there are also cities which have always been  the largest and „ the most important ones“ , the heart of that country. Those can be f.e. Prague or London.

London is the capital of England and the U.K.. It is th 9th  largest city in the world. It has  population of about 10 million together with  its  all suburbs. Its area is about  3 times larger than area of Prague. London has always been symbol of the UK. When I think about the UK one of many things, I imagine, is London as (characteristical) symbol of pride and honesty  of the British. It is also symbol  of British power- London  hasn´t been occupied  almost 1000 years. We can find in history many evidences about London´s importance. For example during WW II., during Battle of Britain, what was the worst period in british history , the German Luftwaffe attacked London and destroyed large areas of the city.But this fact  enabled RAF to counter attack  and win this battle. So we can say that London saved whole UK., because London attracted the whole power of german air force.

London is situated on the river  Thames . It was founded by Romans as „ Londinium“ in 43 A.D.Originally Westminster and London were separated areas  but linked together in the 11th century. London grew  very quickly  and in the 19th century  it was the largest  city in the world ( in population). We can  find there many interesting things  such as the oldest underground  in the world. Nowadays it operates number of lines and hundereds kms of railways.There are also important airports in London - f.e. Heathrow or Gatwick. London is the busiest city of air transport in the world. This is caused by its position in Europe. Most intercontinental flights have at least one landing in London , because it is situated on the way between continental Europe and Northern America. Other  planes can take you all around the world. So if you  want to get f.e.  to Cape Town in South Africa, you must firstly get to London. London is also one of the country´s  most important ports. Everyday high number of ships  transport  goods to or from London. London´s  large docks are quite important  as for the city as for the country.Docks were also target of many German air- raids during WW II.

Well known are also other means of transport in London . Red double-decker buses may be the most famous  buses all around the world. Also old black taxi(cabs) cars  are well known. I say old , but most  of them  are new modern , they only look like old. Famous are also red phone boxes, policemen in black uniforms and with no weapons

The oldest part of London  is called „ The City“ , also known as the  „square mile“ because it has area  of approximately one square mile( about 2,74 sq km)  . It´s the area around St Paul´s Cathedral, with many other attractive places especially for tourists. Today „ the City of London“ means money.Here we can find number of Banks including the Bank of England , many insurance companies and offices.

Another parts of London are f.e.  East End , where we can find flats of poorer people , especially of sailors  and workers in docks or West End where richer and more important people live  and where you can find many expensive night clubs.. Another well - known parts are f.e.

Now I´d like to mention some imporatant  and interesting places and buildings in London.

St Paul´s Cathedral can be considered the heart of the City . It´s one of the largest  cathedral  in the world. It was built in renaissance style by Sir Christopher Wren( who might  be the British most  famous architect) in 17th century, after the former cathedral had burnt down during  „ Great fire“ in 1666 . The Cathedral is known  for its Whispering Gallery.Standing on this gallery  you can clearly hear what is whispered on the opposite side of the Cathedral about 30 metres far from you. The Cathedral was badly  damaged by German air-raids during WW II. , but it was repaired. Recent Prince of Wales (Prince Charles) and Lady Diana were married here. It´s  interesting thet they were later divorced , altough their marriage  took place on holy place - in Cathedral. And it´s known  that what is joined by God a man can´t disjoin. An ordinary man may  have problem with in zhe Czech Republic , but Prince Charles  isn´t ordinary man , the UK isn´t Czech Republic and the Church of England isn´t our catholic church.

The Tower is another remarkable historical monument of London. It was built in the 11th century, after William´s conquest of England in 1066. It was symbol of William´s power , it served  as royal residence but mainly it was a strong castle  which could serve as important military point. Similar castles should be built throughout England , because William was expecting uprising against Norman rule.Later the Tower  served  as prison and fortress. Nowadays it´s museum  , the Crown Jewels are kept here guarded by the Beefeaters in their traditional uniforms. ( One alcohol drink has similar name and it comes from London  but I don´t  know  what it has  common with these Beefeaters).

Near of the the Tower we can find Tower Bridge which has been built over the river  Thames . It´s quite famous . I t can be surprising than it was build only in the 19 century.It can be opened in the middle  and let large ships go through.

I must mention recent  royal  residence. It´s Buckingham palace. It´s been royal since Victoria´ reign. Worth seeing is Changing the Guard in front of the palace.Architect of this palace was inspired  by house of the Duke of Buckingham , which was build here in the 18 th century.

But the most famous feature of London is Big Ben - a clock tower with well known  seven - ton bell. It´s said that it´s got name after  one rather fat MP called Benjamin. It has characteristic  bell-ringing . Very close to BB is  the Houses  of Parliament which are  build in gothic style , but  they are quite young - there were built  in 19th century.( Parliament...)

Not far from the H. of P. is situated  Westminster Abbey , which was founded  in the 11th century . British Kings and Queens are crowned here. Some important English writers are burried here( Chaucer, Worsworth) Piccadaly circus, Trafalgar square 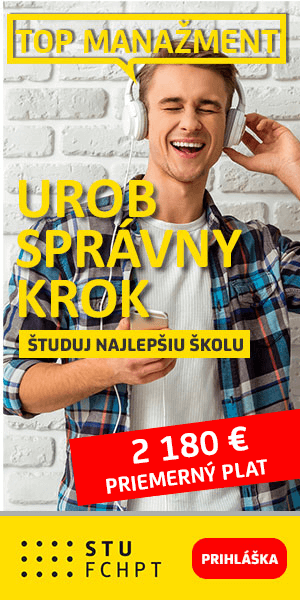 The ways of communication

Life in the past and today

If I were granted three wishes what would they be?