Rozsah: 748 slov
Počet zobrazení: 14 362
Tlačení: 666
Uložení: 800
HISTORY
The European Union is a confederacy /spolok/ of 27 states which agreed to govern together. The history of the EU dates to 1951 when European Coal and Steel Agreement /Európske spoločenstvo uhlia a ocele/ was signed in which 6 countries  Belgium, France, Italy, Luxembourg, the Netherlands, the Federal Republic of Germany wanted to cooperate in economic area . In 1957 European Economic Community /Európske hospodárske spoločenstvo/ was signed  and it was based on common market /spoločnom trhu/.
Later other 9 countries joined to the community. In 1992 The European community changed its name to the European Union with 15 members.
The second enlargement /rozšírenie/ came on 1st May 2004 when other 10 countries inclusive of /vrátane/ the Slovak republic became the members of the EU. Romania and Bulgaria became members on 1st January 2007. There is still one country which longs for being a member of the EU but because of its poor policy and bad economic situation it isn´t now possible. It is Turkey.

INSTITUTIONS
The European Parliament – is elected body that represents the EU´s citizens. It is based in Luxemburg and Brussels. It has 785 members who are elected every 5 years.
The Council of the European Union /Rada EU/ - is the main executive body /výkonný organ/ of the  EU. It consists of ministers from each country and a president. They meet four times a year. This Council together with the Parliament authorize /schaľujú/ all laws prepared by The European Commission. The seat is in Brusel.
The European commission /Európska komisia/ - is executive body  which represents interests of the whole EU and prepares all laws of the EU. The Commission is answerable  to /zodpovedá sa/ the Parliament.
The Court of Justice /súdny dvor/ - is made up of one judge from each EU country, who are appointed /menovaný/ for a term of six years, and 8 advocates general. The Court´s role is to ensure that EU law is complied with /vyhovujúci/ and correctly interpreted and applied. The decisions of the Court are final. It is located in Luxembourg
The European Central Bank, based in Frankfurt, is responsible for managing the euro and the EU´s monetary policy /menovú politiku/. Its main task is to maintain /udržať/ the euro´s purchasing power /kúpnu silu/ and price stability /cenovú stabilitu/ in the euro area. It is headed by a president.

The currency of the EU is euro /EUR/ which was adopted on 1st January 1999 by 11 countries and it was started to use in 2002 by 12 countries. At present only 13 countries use euro as official state currency. The Slovak republic wants to use euro since 2009 but it must meet the five convergence criteria /konvergenčné kritéria/.

The European Flag -  is a circle of 12 stars on a blue  basis /podklad/.  Number 12 is a number of  perfection /dokonalosti/ and the circle symbolises unity /jednotu/.

Being member of the EU means you can travel across most of the EU without carrying a passport and without being stopped for checks at the borders.
You can shop in another country where goods are cheaper without paying any additional taxes. The single currency, the euro, allows shoppers to compare prices directly in the 13 countries that use it. As a result, manufacturers have taken steps to cut high prices. Travel for shopping, leisure or business from one euro country to another is cheaper because no money needs to be changed. Number of  young people have already taken advantage of EU programmes to pursue /vykonať/ their studies and personal development in another European country. As a result,  there are programmes such as Erasmus, Leonardo, and Socrates which are  well-known.

We all want to live our lives in safety, protected from crime and terrorism. That is why the EU countries are working together to tackle /zabrániť/ international terrorism and to prevent the cross-border trafficking /obchodovanie/ of drugs and people. They are adopting common rules on these crimes, and taking steps to ensure full cooperation between their police and customs officers, immigration services and law courts.

Questions
1, What are advantages and disadvantages of being member of the EU?
2, Have you got any additional information about the EU.
3, Have you already felt that we are members of the EU?
4, What problems did Slovak people have before entering to the EU?
5, Do you know anything about educational programmes ERASMUS, LEONARDO, SOCRATES? 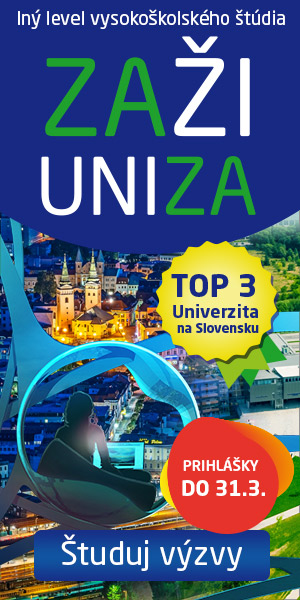 Food, Why Do We Eat? (Anglický jazyk)