Places of interest in USA

Rozsah: 896 slov
Počet zobrazení: 17 188
Tlačení: 550
Uložení: 596
Praktické!
There are many national parks in the USA with beautiful and preserved nature. Yellowstone national park is the largest and best-known park in the USA. It is located  in the Rocky Mountains on the territory of  Wyoming, Idaho and Montana. It is visited by thousand of people every day. The nature in this park is very diverse. For instance, there is everything from volcanic activity to a variety of forms of nature beauty. The geysers called Old Faithful are the biggest one in this park. It erupts every 10 minute or so wild buffaloes, which are very dangerous.

Grand Canyon. It is the largest canyon in the world in Arizona. The creator is the Colorado River. There is also the biggist crater in the world in Arizona.
The Monument Valley is in Utah and the best known western films were shot here. There are many red stone spires, columns and chimneys on a plateau which is often called „Desert Gothic“.
Niagara Falls are the most famous waterfalls in the world. Niagara Falls lie about halfway on the Niagara River, which connects Lake Erie and Lake Ontario – two lakes of  The Great Lakes. They are one of the major American tourist attraction.
In Wyoming is natural landmark the Devil’s Tower, which is known from Spilberg’s famous sci-fi film „Close Encounter of the Third Kind“.
Mt.Rushmore is high mountain with colossal portrait heads of the US presidents - Washington, Jefferson, Lincoln and Roosevelt. It is national monument called „Shrine of Democracy“.

On Western coast the most well known places are Los Angeles and San Francisco. In Los Angeles (City of Angeles) we can find the famous film centre - Hollywood and luxurious quarters - e.g. Beverly Hills. American Film Academy awards Oscars for the best film of the year. Chinese Theatre – Walk of Fame with bronze stars on the sidewalk, which are marked with names of the famous actors. Everybody know Hollywood, Beverly Hills or Melrose Place from the TV and movies. On Hollywood Hill are famous letters fifteen meters high. LA is also the centre of crime. The biggest ZOO in the world is here.
San Francisco, one of the cleanest, is the victim of frequent earthquakes. It is also known for the Golden Gate Bridge spanning between the Pacific and San Francisco Bay. There you can find for example Alcatraz, super security prison for famous criminals like Al Capone.
Las Vegas in Nevada is known for gambling and night life. It has the reputation of being the entertainment capital of the world. Every hotel has a casino and several playing rooms. Casinos are open twenty-four hours a day and are designed to keep the guest inside and entertained all the time, most of them offer inexpensive and moderate accomodation and reasonably priced food which is served ot all hours of the day and night. Bussines stopped only once and that was just for three hours when the news of John F. Kennedy’s death reached the city. The Death Valley isn’t far from here. Because of  Nevada’s liberal marriage laws, 1 from 20 of the nation’s weddings are performed in Las Vegas. The two busiest days for Las Vegas wedding chapels are Valentine’s Day and New Year’s Eve.

In the south there are following important centres:
New Orleans is the city where jazz was born. The sounds of live jazz coming out the doors into the early morning hours. Thanks to its founders, New Orleans has old houses built in the French style. Therefore, New Orleans is calles an American Paris. There are restaurants specialising in „Creole“ cooking - a hot and spicy mix of French and Spanish dishes. The main attraction for visitors is the city’s night life – the night clubs, exotic dancers, unique shows, shops, restaurants and bars. Another great attraction is the Mississippi river, which flows to the Gulf of Mexico
Florida is mainly a tourist area with long beaches on Miami. Evrybody are afraid of hurricanes. There is the biggist amusement park in the world – Disneyworld. Other park is called Disneyland in California.

The biggest centres in the East (north) are:
Philadelphia is one of the oldest cities. It used to be the first US capital. And Declaration of Independence on 4th July 1776 was adopted there.
Chicago lies on the banks of Lake Michigan. Chicago has been nicknamed the „Windy City” because of the breezes that blow in from the lake. We can find here the highest skyscraper in the USA - Sears Tower. Chicago  is a centre of steel and iron industries. Old building were pullde down and built the new one. It is city of modern art. There are statues by Piccasso and Gallery of modern with artistic works of European artists from the turn of the century.
Detroit is the centre of USA car industry (Ford, Chevrolet, Chrysler and General Motors).
Dallas is in Texas. The president John Figerald Kennedy was assassinated there in 1963. Texas is known for its cowboys and extracting oil.
Boston is one of the oldiest cities in the US. It is proud to call itself the birthplace of America, because it remembered for the Boston Tea Party which began the American Revolution in 1775. Boston has the charm of a European city. You can find there a fascinating mix of old setters, Irish, Spanish and Italian immigrants.

Diskusia: Places of interest in USA 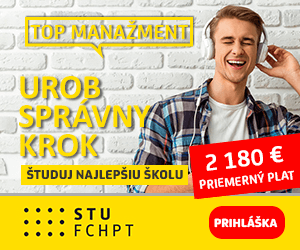 The UK - England and Wales