Why people exactly travel? For many of us is traveling a hobby. People want to see new places, interesting people and beautiful sights. In foreign countries there we can eat unusual food and we can also see many different cultures of life. We can meet new people or friends. Traveling can be dangerous too. We can meet bad people, we can get lost in foreign country or city. Our money or luggage can be stolen.

- Some people travel only for recreation or fun.

1) Cultural trips - people visit interesting cities, sights, monuments and
places of interest. They usually want to know foreign countries
and foreign cuisine. The special way of cultural trips is traveling
around the world.
2) Recreation stays - people usually travel to places, when they can relax.
They usually visit mountains or seaside. Many of people own
cottage, which they visit every weekend. Czechs usually spend
their holiday on the seaside in Croatia, Italy, Greece, Spain or in
the mountains in Austria.

- But some people travel on business, politician or culture reasons. Traveling belongs to their job. They are for example politicians, actors, diplomats or businessmen. These person usually travel by car or plane and they have own guards.

- There are many people, who must travel every day to their job or to the schools. We call them commuters. They aren’t only students, but they are also businessmen and the people from small villages.

MEANS OF TRANSPORT
There are two main ways of traveling: one is using our own vehicles and the other is public transportation. People and good can be transported by land, air and water.

· Transport by land offers the widest variety of transport. There are car, lorries, trains and so on...
1) Cars - the cars are expensive and we must pay for petrol. Although almost every
family owns a car today. It’s very comfortable but it can be also very
dangerous. We must be careful because there are many accidents. The traffic
jams are unpleasant part of going by car. The cars are also bad for nature. To
get a driver’s license we must know how to drive and traffic rules.
2) Buses - it’s most frequent public kind of transport. It’s quite cheap but less
comfortable too. Buses travel on regular routes at regular times during the
day. If we want to go by bus, we must go to the bus stop. There are the bus
timetables. The greatest advantages of buses are their low cost and
dependability. The disadvantages are waiting for the bus, slow traffic, hot or
cold. There are couches for long trip. London is famous for its red buses
called Double-deckers.
3) Trains - the trains for commuter are called trams. They are found in some big
cities. If you want to go by tram, you must go to the tram stop or train station
and buy a ticket. The huge railway stations consists of big hall with a ticket
office. Train has a first class, which is called business and a second class,
which is called economy. The conductors go through the rain and control the
tickets. This way of transport is comfortable, cheap and quickly.
4) Underground - the word metro is used in Prague, the tube in London and
subway in New York. It’s important to know the number of color of the route
we need. We pay the fare with ticket, which we insert into tourniquet before
going to the platform. In our country is only in Prague and has 3 lines. The
advantages are the low cost, dependability, speed and no traffic jams.
5) Taxi - American cabs are usually yellow and British are black. We can hail or
call out to the taxi, the drivers stop and pick us up. Then we pay the fare. It’s
very expensive kind of traveling and it’s also dangerous.
6) Hitchhiking - it’s the cheapest way of transport but the most dangerous. Mostly
it’s used by young people.
7) Bike or on foot - it’s the cheapest way of transport. Walking and riding a bike
are very health for us. But it’s transport for a short-distance. The
disadvantage is that this transport lasts long time.

· Transport by air offers the fastest variety of transport. There are plane, jet-plain, shutter, helicopter, space ship and so on...
1) Plane - it’s fast, mostly international transportation. The plane can fly to the
second world’s destinations in few hours. At the airport we must go through
the passport control and security check. Our luggage are also controlled. In
the plane the passengers don’t smoke and they don’t use their mobile phones.
We can buy our air-ticket in first on second class, but the tickets are very
expensive.
2) Helicopter - this kind of transport isn’t so intensive. The helicopter is usually
used by doctors in hospital to transport hurt’s patients.
3) Space ship - this ship serves for flight to the space. In the space ship fly only
the cosmonauts.

· Transport by water offers the most beautiful variety of transport. But some of us can suffer from seasick. There are ferry, boat, ocean liners and cruise and so on...
1) Boat - it’s a small ship, usually serves for fishermen. When the boat hasn’t
engine, is very slow but then it’s a very cheap transport. It’s typical for rivers.
2) Ferry - this is typical in small distances, for example in channels. People, goods
and cars are transported by ferry. It isn’t so expensive, but it’s very slow.
3) Ocean liners - it’s a transport in long distance. There are parking for cars, the
rooms for sleeping, restaurants, casinos and also swimming pool. The route
is very long, but on the deck there are very nice view.
4) Cruise - we can sail to some interesting place or in some island. It’s often offered
on the beach by the sea. These trips are often very expensive, but nice.

When we travel on vacation we often go to the travel agencies. Here people can buy trips, ticket or book accommodation. This is called package holiday, which includes accommodation, transport to the destination and back, food and other services. This way has many advantages, mainly for families with small children, who want to travel without risk.
When we go abroad we must have necessary documents: passport, sometimes we must have a visa, money in foreign currency. The knowledge foreign languages are also very important. If we travel to the exotic countries we must have vaccinations.
Kinds of accommodation: hotel, hostel ( cheap hotel, here people pay for bed ), motel ( America ), cottage, apartment, bed and breakfast, tent, open air...
Kinds of luggage: knapsack ( tent + sleeping bag ), rucksack, suitcase, handbag
Kind of board: without board, half board, full board, all-inclusive

ME AND TRAVELING
I must everyday commute to school by school bus. I also often go to Prague because of preparatory courses. I visited many foreign countries, some of them with my parents, friends or with the school ( for example Denmark ). I enjoyed seaside in Greece, Croatia and Spain. We have also the cottage 50 km from Most. It’s situated in beautiful nature. In winter I go often snowboarding. I visited our mountains like the Bohemian Forest, the Karkonosze, the Ore Mountains, the Jizera Mountains. Traveling around the world is my dream. I would like to visit Island, Australia and Scandinavia. I hope that it will be true one day.

#If you travelled to GB or USA what would you like to see? #place i like to visit #travling #place to visit #traveling #Which cities of the world would you like to visit and why? #my dream jobs in an busissnesman #means of transport #towns and places maturitné #package holiday #Going places #cruise ship #I would like to visit #Angličtina weekend #towns and places angličtina #Kinds of accommodation #my dream place #my attitude towards the EU #i liketraveling #recreaiton
Angličtina (1606 materiálov) Cudzie jazyky (2564 materiálov) 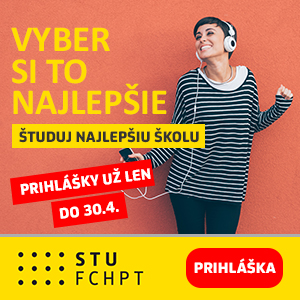 Places of interest in USA

Letter to a family member

The importance of learning languages

Life in Towns and Villages