London is the capital of the United Kingdom of Great Britain and Northern Ireland. London is the set of the Queen, government, Parliament, the Monarch and the Supreme Court. It’s also the centre of fashion, political and cultural life. This city is situated in the Southern-East part of England. The river Thames flows through the city.About 10 million inhabitants live here. Many of them are immigrants from Jamaica, India and China.

PARTS OF LONDON
The city -  is the oldest part of London  also known as the  „square mile“ because it has area  of approximately one square mile . It´s the area around St Paul´s Cathedral, with many other attractive places especially for tourists..Here we can find number of Banks including the Bank of England , many insurance companies and offices.
East End - there we can find flats of poorer people , especially of sailors  and workers in docks
West End- there live richer people and there you can find many expensive night clubs.

TRAVEL
We can travel here by the Underground. It’s very quick and cheap. In central London Underground stations different colored lights and signs help passengers to find their way. London underground is the oldest in the world. The first train started to run there in 1863. Buses don’t go very fast in the centre, because there is always so much traffic. There are 2 sorts of bus stops:ordinary stops and request stops, where if you want to get on a bus, you must hold your hand out.
Another kind of transport are famous taxis also called Black cabs.
London has 3 main airports: Heathrow, Gatwick and City Airport.
There are also many ports: Dover.
The main railway stations in central London are Waterloo or Victoria.

INTERESTING PLACES
TOWER OF LONDON - in the 11th century was built. It was a Queen Palace and prison, and now the crown jewelery are stored here.
SAINT PAUL’S CATHEDRAL - is the second largest church in the world. It stands on the site of previous cathedral, which was damaged by the Great fire. The construction took 35 years and Sir Christopher Wren built it in the Baroque style. There is buried Ch. Wren and Admiral Nelson. In these catherdral is WHISPERING GALLERY -  in which whispers can be heard clearly in other parts of the gallery.

TOWER BRIDGE - is one of the most famous symbols of London. It was built in 1894. It can open in the middle and let large ships go through. The opening takes only 90 seconds.

THE HOUSE OF PARLIAMENT - is the seat of the House of Lords and the House of Commons. It’s called the Palace of Westminster. It was built in 11th century by Edward the Confessor. After the Great fire rebuilt it Charles Barry in neo-gothic style. In the Second World War bombs damaged it, but now it’s repaired in the original form.

BIG BEN - is clock tower n the northern part of the Palace. It’s the bell named after Sir Benjamin Hall.

VICTORIA TOWER - is in the southern part of the Palace. It’s on the top of which the British flag flutters when the Parliament holds a meeting.

BUCKINGHAM PALACE - was built as a house for the Duke of Buckingham. It’s the permanent residence of the Queen of England today. The royal family lives in the Northern wing of the Palace. When the Queen is present, the Queens flag is flown on the Palace. The changing of the Guard takes place in front of the Buckingham Palace at 11:30.

TRAFALGAR SQUARE - is the best-know square in London. It was built by plans of Charles Barry. It’s named after Admiral Nelson’s victory over Napoleon at the battle of Trafalgar. Nelson’s statue is situated on a high column, which is surrounded by 4 lions, which are made of bronze French guns. The square serves as meeting place for tourists, demonstrations and celebrations. On the northern side of the square there is the National Gallery.

HYDE PARK - is the largest green park in London popular mainly by tourists. There is Speaker’s Corner - the place where somebody can stand on a box and can say everything, what he wants. But he mustn’t offend the royal family.

LONDON EYE - is about 135 metres high Russian wheel. It’s on the bank of river Thames and it’s the biggest wheel in the world.

BRITISH MUSEUM - includes the British Library with more than 11 million volumes of books. There is also museum, where are historical collections from Egypt, Asia and China. 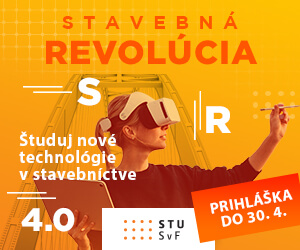 The Book - a Person's Friend

The human race and nature

My future carrer and my future life