- Describe and compare what young people are doing in these pictures. Say whether you have ever taken part in activities like these.

- Look at the pictures, describe the problems you see and say if they exist in our society. Do you take drugs like those in the pictures? Why? Why not? Do your friends or other teenagers you know take them? Why do you think they do it?

- Look at the pictures and say the reasons why young people take drugs like alcohol, cigarettes, marihuana etc. What are your recommendations to solve the problem?

- Describe what you can see in the picture. How are these headlines connected to young people?  Rank these aspects of life in your order of importance. /school, sports, clothes, job, friends, family, going out, shopping, pubs/

Discussion
- Some young people believe that the best way of learning about life is listening to the advice of family and friends. Other young people believe that the best way is personal experience. Compare these two ways. Which one do you think is preferable?
- Every generation is different in many ways. How is your generation different from your parents´ generation?
- Why do young people commit crimes? Consider these aspects: - no money, - no home, - the influence of television.
- Talk about the negative effects on young people’s lives. /gambling, crimes, drugs/.
- Describe a typical young girl / boy of these days. Concentrate on appearance and typical character features.
- What do adults think about youngsters?  Mention the main generation conflicts.

7. Young people have not only their rights but also duties. Express your opinion about it.

- How do young people in Slovakia spend their leisure time? What is your favourite activity?
- Is there anything you would like to change in your life?
- How do you get on with your parents? What is the generation gap? How could it be solved?
- What is the most common cause of conflicts in your family? Describe the most serious conflict you have had with your parents so far. How did you solve it?
- What are the advantages and disadvantages of being young?
- Are young people in our country interested in world problems? Give arguments.
- Should society help those young people who have become drug addicted? How?
- What is young generation’s idea of future? What are your plans for the future? Think about expectations, desires and worries.

Roleplays and simulations
- You have been asked to prepare a short talk on the topic: “Pros and cons of being young today. “ /Simulation/

- You are a mother of a 16-year-old girl who wants to go to a party. List the rules your daughter should keep in mind. /Role-play/

- You are eighteen and your parents still do not want to let you go to discos. What are your arguments to convince them to allow you to go? /Role-play/

- Your teenage friend is addicted to the Internet. Suggest possible solutions to the problem. /Role-play/

- Make a presentation about a typical day in your life and compare it with a day in your parents´life. Talk about your daily routine and habits. /Simulation/

A.
Characteristics of young people
It is said that youth is the nicest time of one’s life. As a young person you are fit, strong and have enough energy to face problems, in fact you do not think about any problems, you look forward to every day in which you may try something new and challenging and people around you tend to tolerate your faults because of your lack of life experience.
When speaking about young people we should be aware of the fact that there are two different groups of young people – teenagers /13-19 years old/ and those between twenty and thirty. Both groups have something in common, but there are also differences between them.
Teenagers are a special group, they are not children any more, neither are they adults. They are strongly influenced by their friends, reasonably influenced by their parents and partly influenced by their teachers, but there are also youth culture influences that many be important.
As teenagers grow up, they develop interactions with people outside home; each of them becomes an individual person with his/her own ideals. Teenagers want to live independently, they oppose older generation so they often have conflicts with their parents and teachers. Most of them attend secondary schools and prepare themselves for their future profession. They spend most of their time at school or studying for the following school day, in their leisure time they like getting together with friends, listening to music, playing computer games and going to parties and discos. Most of them live with their parents, have to help on the house and are given some pocket money to spend on cassettes, cosmetics and small luxuries. Those teenagers who want to be their own money try to find a part-time job, especially during school holidays.  Working in the afternoons or at weekends could be very useful; it may help teenagers to prepare for their future /adulthood/. Some teenagers leave their family at the age of 18 and live with their friends in rented flats. Parents usually do not object because living on one’s own may help young people to become responsible. Some people say it is better than any parent’s advice.
Young people prefer to wear brand name clothing, like Nike and Kenvelo, but more and more young people are also dressing in sexy styles, even when they are just spending their free time with friends. Girls are careful about their make-up and hairstyle, too, while boys use aftershave. The idea that a real man smells like tobacco and alcohol is completely out-of-date.
Young people usually know their rights very well, and most of them know their duties, as well. Older people, however, consider them cheeky and impolite. Their different approach t life can even make them enemies sometimes. Discipline in the families is not as strict today as it used to be when children were beaten or caned. Today, young people show greater self-confidence which annoys many older people.
On the other hand, the more materialistic approach to life of today’s youth can ruin family life and family values. The desire and search for more and more money ha already resulted in much loneliness, depression, drug or alcohol addiction and even suicide, as well as many irresponsible sexual relationship and complete family break-ups. The love of money destroys good relationships between spouses, parents and children, friends, in-laws, classmates and colleagues, as well.

B.
Young people between twenty and thirty are a bit different. Most of them have finished school and have found a job, so they earn their living. Their problems are different from those of teenagers. They are adults and so they have to find a place to live. Many young people today start their own families later in life than their parents did. Many work on their career first and get married in their thirties. Young families share chores and it is not unusual for a husband to share a part of a maternity leave or, if wife’s job is better paid, to stay at home and take care of children.  In modern families, young people try to respect each other and it usually does not matter to a husband if his wife earns more money. At present, young women are the main breadwinners in families much more than they used to be.
Many get married and have children so they become more aware of social problems. They are more concerned about the world-wide problem of poverty, diseases, and the pollution of our environment, racial discrimination, nuclear and chemical weapons and terrorism. They organise demonstrations for peace and fight for equality. Many of them work for charities, help disables and homeless and collect money for starving people in Africa and Asia.
Only a small number of young people join radical youth movements propagating fascism like skinheads or fight against international monopolies like antiglobalists. These groups may become dangerous in the future but nowadays their influence on young people is relatively small.
Young people have access to all the modern inventions that make our lives easier. Those born after 1993 cannot imagine life without a computer or mobile phone. They are used to saving time by using their computers not only for work, but also searching any information they might need. They are used to Internet banking, shopping on-line and using the Google search engine to find whatever they need. Some of them feel that life is already passing them by so they try to use every minute of every day.
In the developed world, young people are usually well-educated experiences and self-confident. They know their goals and try to reach the. They are often hard-working, but they understand that only relaxed and healthy people can enjoy their work and life. So they invest in their health, try to eat healthier meals and work out the gym or play a sport regularly. Many of these young people have a lot of opportunities to study or work abroad. They often see those opportunities as chances to earn money and gain experience.
Many of today’s youth work hard on their relationships because they value friendship and family so highly. They consciously try to improve relationships at work, home or with their friends. They know that bad relationships can poison their lives. And most young people are aware of what they want and a poisoned, empty life is not it.
It is natural that each generation of young people differs from the one before it. Our grandparents lived in totally different conditions which influenced their behaviour, attitude towards society and values. 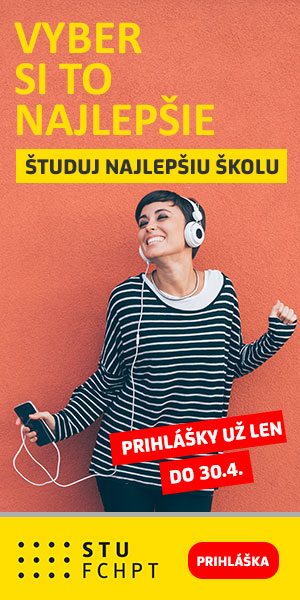 How I see my future (examples of subjective answer)

The Young and their world