The game of hockey

The game of hockey

Introduction
I have chosen this topic, because I am obsessed by ice hockey from my childhood. I would like to tell you basic information about hockey  because it is the national sport in Slovakia and each Slovak should know a little bit about it. My first touch with the rink was, when I was six years old. I became an active ice hockey player. Later I started to play for ŠaHK Iskra Banská Bystrica. I enjoy hockey and it is the reason, why I am still playing it. Now it´s been for long 12 years. Hockey is the fastest collective game in the world and you need to be smart not just strong, when you are playing it.

1.  Beginning of ice hockey
Hockey is a team sport played on ice, that originated in Canada around 1800. Ice hockey is most popular in areas that are cold for natural ice cover such as Canada, the northern United States, Scandinavia and Russia. At first people have been just skating around and later was born an idea of playing game called Hockey. At time went on the game of hockey was changing: the rules were changing, the equipments, the players and level of hockey is raising up. For a long time was team Canada unbeatable, but later hockey spread out to the world and then came up another strong team on the scene. It was Russia (CCCP). After last Championship is Canada one gold medal behind Russia.

2.  NHL
The national hockey league is a professional ice hockey league composed of 30 teams in North America. The league was formed in 1917 in Montreal, Quebec, Canada from a predecessor organization, the National Hockey Association. The NHL draws many highly skilled players from all over the world. Currently, the league has players from about 20 different countries. The Stanley Cup, the oldest professional sports trophy in North America, is awarded to the league champion at the end of each season. Historic the best team of NHL is Montreal Canadiens. They already have won Stanley cup 24-times. Every season player get trophies for the best rookie, the best player, the best defender, the best goalkeeper, the player with most points, top scorer and many others.
The best player ever is Wayne Gretzky, who is holding over sixty records in NHL. Nobody  can wear the Gretzky´s number 99. Other important players NHL are: - Marc Messier
- Jaromír Jágr
- Mario Lemieux
- Mats Sundin
- Steve Yzerman
- Marian Gáborík

4. Ice hockey in Slovakia
The Slovak men's national ice hockey team is one of the major ice hockey powers in the world. The team is operated by the Slovak Ice Hockey Federation under general manager Peter Bondra, and head coach Ján Filc.
After split Czechoslovakia into the Czech republic and Slovakia, Slovakia was send to group C. However, Slovakia's play in the lower pools won it promotion to pool group A by 1996. Slovakia has won three medals at the World Championships including a silver medal from Petrohrad in 2000, a gold medal from Goteborg in 2002 and bronze medal from Helsinky in 2003.
In Slovakia grew out a lot of great ice hockey players for exaple:
-  Miroslav Šatan, who was a long time captain of Slovak team,
-  Peter Bondra, who shot the gold goal
-  Marian Hossa
-  Róbert Švehla
-  Jozef Štumpel
-  Ľubomír Višňovsky
-  Michal Handzuš
-  Peter Šťastný
-  Stan Mikita
-  Vladimír Dzurila
-  Ján Starší
-  Jozef Golonka
-  Igor Liba
-  Vincent Lukáč and many others.
Hockey in Slovakia is having a crise. Now we don´t have many talented players, but we hope it will be better in future .....Fo example Juraj Petro from Banská Bystrica could play for NHL team.
In Slovakia are three leagues second league, first slovak league and Slovak

whose have experienced the taste of NHL.
In 1999 Banská Bystrica tumbled out of major Slovak hockey league, because of financial problems. Later the period of time for hockey team in Bystrica wasn´t too successful. That was a reason, why in 2005 began to write its history new club called HC05 Banská Bystrica with new leadership and also with new ambitions to get back to elite of slovak hockey. Purposes are being materialized and at this time HC05 Banská Bystrica is playing major league in Slovakia and the results are satisfactory so far.

6. Ice hockey equipment
Ice hockey is one of the toughest sports in the world and each player needs to protect himself. One of the most important thing for hockey player is hockey equipment. Equipment includes many pads and each player has his own image of dressing.
Hockey gear includes :
-  socks
-  Athletic cup
-  shin pads
-  garter belt
-   hockey socks
-  hockey pants
-  hockey skates
-   shoulder pads
-  elbow pads
-   jersey
-  helmet
-   hockey gloves
-  hockey stick and in junior categories neckcloth, face mask with mouth guard. A little bit different is equipment of goalkeepers, who have to have special modification, because of facing players shots.

7. The game
Now I want to tell you something about how to play hockey properly. Let´s start with some basic rules: Ice hockey is played on hockey rink, during normal play, there are six players, including one goalkeeper, per side on the ice at any time, each of whom is on ice skates. The five players other than the goalkeeper are typically divided into three forwards and two defencemen. The forward positions consist of a centre and two wingers: a left wing and a right wing. Every player, who is on rink, have to do something other. The game time is 3 periods each of them has 20 minutes, when the game is tied after the 60 minutes than follows overtime or shootout, Players can get penalties when they don´t follow rules, ice hockey rink is divided in three parts: attacking zone, neutral zone and defending zone, the rink is crossed with five lines 2 goal lines, 2 blue lines and the center of rink crossed red line. After every stoppage of the game is dropping faceoff. In attacking and defending zone are 2 points for faceoff and in neural zone are 5 points for faceoff.  On one side of ice hockey rink are benches and on the other side are penalty boxes and timekeeper. The rink is cleaned  by zamboni. The boards surrounding the ice help keep the puck in play and they can also be used as tools to play the puck. Players are permitted to "bodycheck" opponents into the boards as a means of stopping progress. Hockey season start in september and goes to may, when is championship in ice hockey.

8. Ice hockey rules
The game arbitrate three referees and one of they is main arbiter. The major rules of play are offside (it means the puck has to cross the blue line earlier than a player) and Icing (it means, when you pass the puck from behind red line.) After every stoppage of the game is dropping faceoff. For most penalties, the offending player is sent to the penalty box and his team has to play without him and with one less skater for a short time. The most often penalty is 2 minutes. It is often called for lesser infractions such as tripping, elbowing, roughing, high-sticking, delay of the game, too many players on the ice, illegal equipment, charging, holding, interference, hooking, or cross-checking. The team that has taken the penalty is said to be playing shorthanded while the other team is on the powerplay. When the player has a breakaway and between him and opponets goal are not defenders and player is illegally stopped it is awarded as a penalty shot.

9. Player skills
When you are playing ice hockey you have to have view of the game. You must read the game. When you have the puck very important is control of the puck, the head must be up and you must see everthing around you. Somebody like tough game with a lot of bodychecks, but I like very smart players, who know a lot of tricks with the stick and puck. One of the most important thing is the shot. we know many types of shots such as wrist shot, slap shot, one time shot or backhand shot.

Conclusion
Everytime I was fascinated of ice hockey, not only because it is sport number one in Slovakia, but also because it is fast, collective, tough game, where you must be smart, clever, strong, collective and fast too. You must to use everthing, when you are playing it. By the help of this project I wanted to show you, that ice hockey is a very beautiful game with interesting history and future as well. I hope, that now you know something new  about hockey and that it was a little bit interesting for you.

Diskusia: The game of hockey 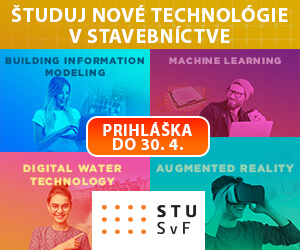